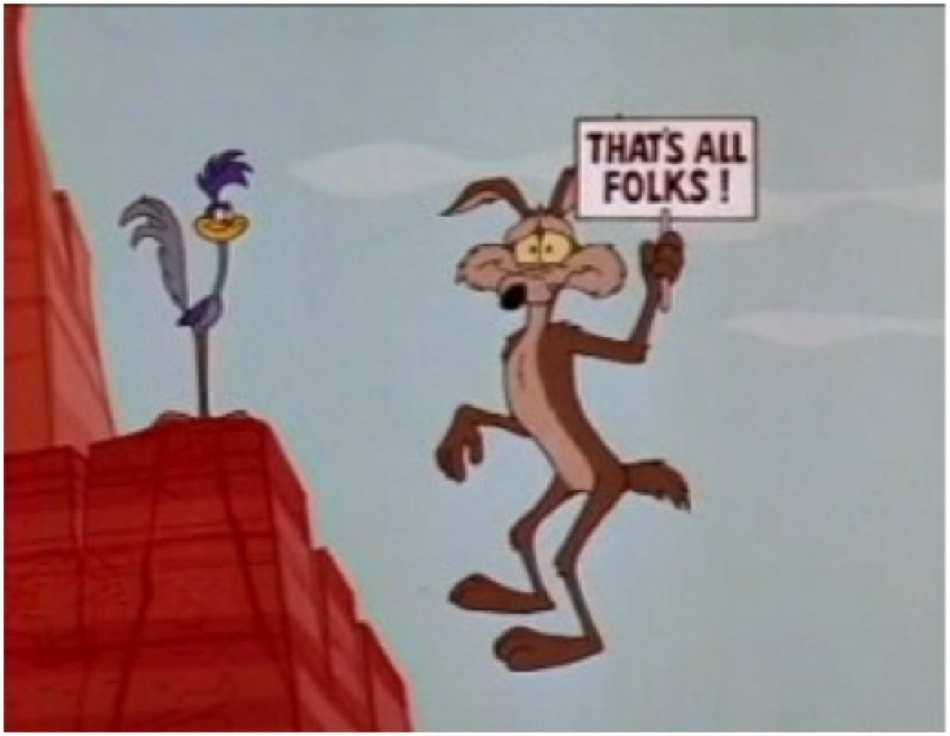 This time of year it’s hard work fending off despondency because of the dreary weather. From October to March, it’s mind over matter to stop the spirits from being iced-over in a city where the weather is brutally cold and the winter season is endless. Many days I have to chisel a cheap smile on my face to mask the disdain for existence that easily freezes over any sunniness in my mind.

For inspiration, I summon up my eight-year old self at Christmas. I remember savagely ripping into a big parcel from “Santa” only to learn it was an 8-pack of socks and underwear from some family prankster whose focus on ‘practicality’ in gift-giving seriously tanked their reputation in my greedy mind. My first instinct was to throw the tube socks into the fireplace, but cooler heads prevailed. I knew I’d be getting a bike or something awesome once I’d trudged through the crappy gifts and mustered up the guile to utter some saccharine niceties that would mimic genuine appreciation.

But the need to feign gratitude before the onlooker adults in my family inspired some Oscar-worthy performances, and the method-acting skills I honed then have served me well, especially at this time of year when punch-drunk buffoonery and sugary small talk make me want to grab the plate of shortbread cookies on the ‘down-low’ and stuff my face with fattening christmas grub in quiet solitude.

So, I’m trying to stay focused on the positive, even when crappy things happen, because at best I am a B-list actor and I think the forced smile looks more creepy than convincing. The other day I took a gander in the mirror and thought, ‘Is someone tugging on your balls or is that a smile?’ It made me realize how badly I need experiences to produce the real thing, and fast. Lately I’m freebasing chocolate to keep my head above emotional water and it’s turning me into a zit-faced, jumpy junkie, which would be awesome if I was thirteen, but I’m not, so it sucks.

I do yoga at a time of day when only bakers, cab drivers coming off shift, and 7-11 clerks are awake. This morning a guy wearily sauntered into the studio struggling to remain erect as he scouted the room for a spot to practice. Zombie-like, he walked right across the back end of his soon-to-be neighbour’s mat just as he was coming out of a handstand and got clubbed in the head. I’m glad he laughed it off, because I was feeling happy inside, relieved to know I’m not the only one who’s been clocked by flailing yogis because it’s too early to be alert. The Schadenfreude made the remainder of my practice feel light and free even when it wasn’t, which it usually isn’t.

The city was being blanketed by mounds of falling snow. As is my custom, I was daydreaming at work, staring out the window wishing my cubicle was anywhere other than in a building in a city smited by God. Then I noticed an 18-wheel transport truck spinning its wheels on an icy patch of road at an intersection. He was going nowhere. I could see the hand gestures of the drivers in the cars behind him saying ‘what the heck!’ or something of that nature. No matter how many arms flailed pointlessly as they did nothing to help, and no matter how many curses were leveled at that truck, it just didn’t move. It was stuck, like me in my dead-end job in a crappy cubicle, except the only one casting aspersions at me is my twenty-two year old self who would want to shoot the me I have become. He’s a douchebag anyway, so screw him.

There was a woman in the food court who sneezed six times in quick succession. After each sneeze, an older gentleman sitting at a table nearby, a stranger to this woman, said “bless you.” She said thanks, and laughed with slight embarrassment. She had a funny, cute little sneeze, like a two-year old girl mimicking a train. It was like, ‘choo-choo-choo-choo-choo.’

But the sneezes reminded me of my long-deceased grandfather, whose sneezes started many avalanches in the Rockies and scared the living shit out of me when I was a kid. For years I wondered why I always felt like I was walking on eggshells. It struck me then that it wasn’t because I was a neurotic, anxious hypochondriac who always had a symptom eerily similar to a form of terminal cancer, or because I imagined there was a homicidal toy doll in my closet taunting me with inexplicable sounds at night. I was jumpy because of my grandfather’s violent sneezes, which erupted randomly and sounded like a man screaming in terror from being hacked by an axe murderer.

I just applied for a personal loan to consolidate some old debt. My banker called me today to ask about two delinquent accounts on my credit report. I’ve learned that, in the eyes of a lender, I am bottom-feeding pond-scum. My credit score is seven, thanks to some random bank screw up. My rage turned to daydreaming about trips to escape the cold I could have taken with the twenty-five grand I allegedly bilked out of creditors. Then I smiled, knowing there’d be no trips this winter because the financial fuzz planted their dope on the wrong guy, which meant I’d be stuck in my winter gulag.

I put my coat and book to hold a comfortable chair as I waited in line for my coffee. From the lineup I saw an old lady casually lift my coat, mitts, hat, and book – Zen Mind, Beginner’s Mind, by the way – and plop them on the side-table as she snuggled into my chair. What gall! Some very non-Zen thoughts swirled around in my head – nasty things about old people, dementia, elevator farts, walkers, and that ilk.

After cursing she and her great-great-grandchildren, I decided I’d just say “You’re welcome, ma’am” followed up with a dramatic lifting of my things and a histrionic huff as I turned on my heel. That’d send a message. As I prepared my coffee, dreading the quasi-confrontation I crafted in my mind, she stood up and went on her way. Yeah, that’s right, old lady. You’re lucky you left because I was gonna say something.

My autistic son loves the mandarin oranges that come out only at this time of year because the dog sleds delivering supplies to my arctic wasteland are in full operation. I have to keep my eye on him to make sure he doesn’t sneak too many before dinner. We do the dance like Wile E. Coyote and the Road Runner. Because I was shoveling snow I didn’t set up my ACME “Catch the Crook” monitoring kit to alert me to his orange pilfering (That is, I forgot to remind my other son to rat him out).

When I came in the house I had to avert my eyes from the massacre. Orange peels, Nutrigrain Bar crumbs, Fruit Roll up wrappers, and empty juice boxes strewn about with reckless abandon! It was a classic binge by his sugar-craving body. I padded the walls, hid the sharp objects, and waited for my beautiful son to turn into the Tasmanian Devil when the sugar kicked in. Then I made a sign reading, “That’s All Folks” to hold up to viewers as my lousy parenting skills sent me plunging to the canyon below.

It’s Christmas, which means I’ve been indulging in countless pagan cultural rituals to celebrate a seminal event like the birth of Christianity’s namesake. On the plus side, the workplace has been particularly turgid this year, which will prove sadly entertaining once the booze starts flowing. Tonight I watched a Christmas movie with my kids, which was dripping with moldy, smelly cheese. In the movie, Jamie Lee Curtis plays a dowdy, suburban empty-nester whose neighbours terrorize she and her husband for the blasphemy of going on a cruise instead of drinking the Christmas Kool-Aid like the rest of the lemmings on the block. Uggh.

Until, that is, a scene where Curtis appears from a tanning bed wearing a skimpy bikini that leaves little to the imagination as to her ‘chest area’. Before I knew it, I was instantly brought back to my eleven-year old self watching the movie Trading Places in which Curtis peels off her shirt to reveal the younger version of that chest area. Just like that, my chestnuts were roasting on an open fire, stoked by the same awe and wonderment of pre-pubescent hormones at the sight of boobies. And the smile that adorned my face was neither false nor forced, but very real indeed.

So, on this cold, wintery day I was reacquainted with my capacity to smile at random little things. In yoga I wasn’t laughing at another’s misfortune, I felt a sense of unity with that stranger, who was human, and capable of stumbling just like me. A machine gun sneeze transported me to sleepovers at my grandparents, and fond memories of a grandfather who was my idol. I was patting myself on the back from a couple of big work victories until the cosmic glitch that tanked my credit score brought me back down to earth. The lady I cursed for momentarily borrowing my seat made me see the dangers of casting aspersions at total strangers; of seeing how crusty I can be if I’m not careful.

My autistic son will do what he does, whether it makes me look good as a parent or not. As long as I’ve kept him safe from harm, it’s best to keep that perspective. But I’ll hang on to the wooden stakes, blank signs and marker for the next time I’m plunging off a cliff because I was dumb enough to try and harness a child who’s meant to be free. That much became clear when I saw JLC’s well-aged boobies; when the bliss of childhood wonderment freely ran through my veins, and it was good.