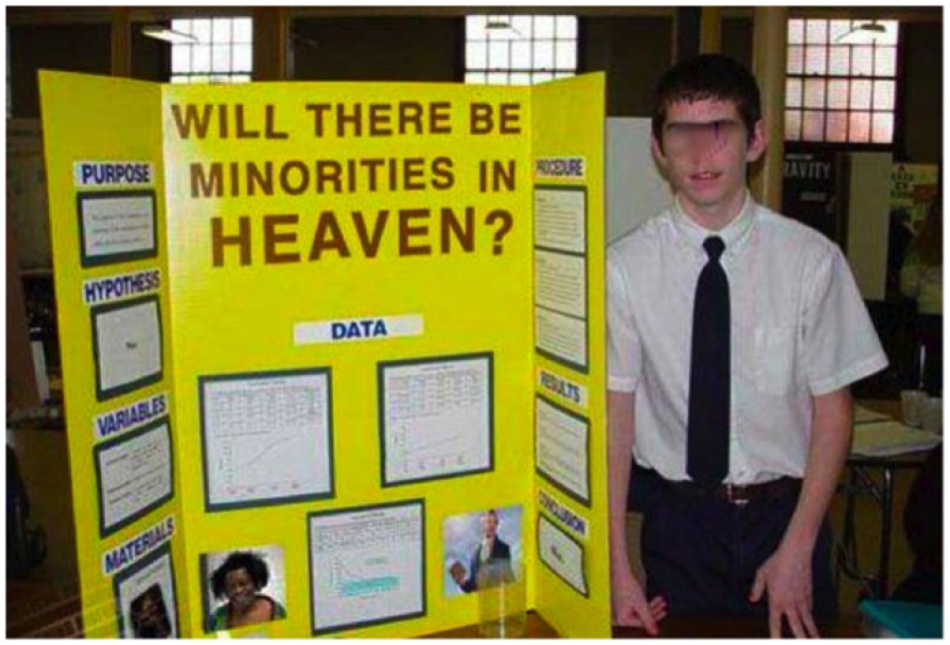 Spirituality and religion weren’t a big part of my upbringing. Emotionally, the adults in my family didn’t wear their hearts on their sleeves or do a lot of group hugging. On the whole we were mostly a content family who were close, but distant. The stiff British upper lip and Protestant work ethic were prominent paradigms in my family’s psychological makeup. We tended to deal with deep, emotional issues by avoiding them with playful distractions or repressing them under pails of gin. We didn’t brood about the world’s ills, and weren’t prone to incurable bouts of melancholy – at least none that a good party and a trip to Florida couldn’t cure – so religion wasn’t much use to us. We may have been as emotionally deep as a wading pool, but we had a zest for life and knew how to be happy. The Bible was a downer.

Passion was most apparent when it came to discussions of business or politics. Cursing union nut-jobs, deploring socialism, and grousing about business seemed to evoke the

greatest amount of fervour in my conservative, mercantilist family. Metaphysics were for lazy, floundering intellectuals who were putting off life and had too much time on their hands. In the eyes of my grandfather, a WWII vet, the king of drifters was Canadian Prime Minister Pierre Trudeau, a Westmount lothario born with a silver spoon up his arse who never worked an honest day in his life. The closest thing to religious dogma in my household was the belief that Trudeau was the Devil in a cravat.

My ancestors did have deep religious traditions. My grandfather’s family were among the founding families of New England who fled Britain to pursue their faith free from persecution. Letters written by my great-great grandfathers to their children are loaded with scripture and religious offerings of comfort and solace. There was obviously a time when religion and spirituality were a formative presence in Saunders family life, but their importance fizzled out some time around my grandfather’s generation. The Depression, two World Wars, the Holocaust and family breakdown seem to have provoked the 20th Century loss of faith in the Saunders family.

When I was a kid, golfing, cocktails, and brunching with our fellow indifel WASPs at the country club were done with conviction. We were bon vivants, and didn’t think Jesus was interested in joining the party. On Sundays we took a pass on the body of Christ, noshing instead on belgian waffles, goose liver pate, quiche, crepes Suzette, and breakfast links at the country club buffet. The bar opened at 11 am, prompting tongue in cheek quips like “It’s noon in Toronto, ha ha”. ‘Gin martini, pronto!’ my grandfather would exhort.

It was a surprise when the idea of attending St Luke’s Catholic school for boys was proposed to me. I assumed religion was absent from our lives because the institution was disdained. The desire to see one of the Saunders family’s own immersed in Catholic school seemed a bit unusual, maybe even a little hypocritical. I didn’t put much stake in the term, but I was well aware that, in the eyes of even a nominal Catholic, we were unmitigated heathens headed straight for the fiery gates of hell. I feared repeated dousings in holy water by classmates shielding themselves from biblical plagues and lightning strikes wrought by a vengeful God smiting me for my apostasy.

Through my Italian and Irish friends I acquired a mish-mash of distortions about the infantile nature of Catholic superstition. Their idea of religious allegory was totally fucking ridiculous. I had serious reservations about a religion that went to such terrorizing lengths to get little kids to believe. It shouldn’t have been so difficult. Most kids believe in the tooth fairy and Santa Claus, so the resort to scare tactics was a sure sign that something was a bit dodgy with the doctrine. The Pope reminded me of Yoda, or an eccentric character from The Dark Crystal, a Jim Henson puppet movie. He seemed to embody a number of existing clichés about mysterious, old, oddly-dressed magical wizards with mystical powers of mind-control over large swaths of people. He also dressed in a costume that made him look like a flashy Klansman from Alabama.

My strongest objection to the idea of St Luke’s was pragmatic. The curriculum was academically enriched, and I feared I might have to put in an honest effort to maintain my exceptional grades. I hadn’t had much practice with studying and academic discipline and I wasn’t anxious to pick up the habit. Why would I choose to leave a school where I could party, smoke a lot of weed, engage in the eternal quest for sexual gratification, and get good grades? The argument wasn’t as persuasive as I hoped it would be.

It was 1985. The world was under the cloud of Star Wars, a pissing contest waged by two old, white men – one Soviet, the other American – swinging their thermonuclear, intercontinental ballistic dicks at each other. One of these, US President Reagan, was a slowly dementing, former Hollywood actor who starred in films like Bedtime for Bonzo and The Voice of The Turtle. In my country a big-chinned, chain-smoking, baritoned Irish-Canadian from Baie-Comeau named Brian Mulroney had just delivered Canada to salvation from the Devil’s socialist grasp. He liked nothing better than getting pissed and karaokeing to Irish folk songs with Reagan. It was cringeworthy to see two stodgy conservatives with less soul than a pair of Hush Puppies getting all “folksy” for their peeps. Every time I see these two in their Sonny and Cher love-fest, the surge of projectile vomit is so intense I barely make it to the bathroom in time.

It was at this time I was delivered into the Jesuits at St Luke’s. In public school, the presence of girls to excite erratic hard-ons and engage in heavy petting between periods was like cocaine for my pleasure-seeking brain. The first weeks of St Luke’s I felt discombobulated ; as though I’d been kicked repeatedly in my withering testicles. My world seemed fucking grim. Even the thrill of showboating had lost its lustre – no girls to impress. What was the point of living?

The lack of a perpetually throbbing pecker did have the effect of not robbing my cranium of vital blood supplies needed for higher intellectual functioning. My grades improved, in spite of the far more rigourous curriculum. The extra mental capacity cultivated a well-spring of ideas and plans for serious mischief. It wasn’t as fulfilling as a grope-fest with a female classmate, but it would have to do.

That year I had a computer science teacher named Mr Jones. He had long shoulder length hair parted in the middle, a handlebar moustache, and wore tight-fitting polyester suits in every shade of the pastel colour palette. He was an elfin-like pot bellied man who stood slightly under five feet tall. It should have been next to impossible for a man as short as he to have pantlegs that hovered so far ABOVE his ankles. Jones made it possible. He looked as though he’d been stuffing himself into suits he first bought when he was thirteen. He was being obstinate, like a forty seven year old woman squeezing into her prom dress for the high-school reunion, clinging to the delusion that it looked ‘okay.’ A travesty on the senses.

One of Jones’ most distinguishing characteristics were his ties, which were ridiculously short. On any given day, if his tie hung more than an inch below his breast-bone it would have been considered, for him, a bit long. I imagined he was the victim of a prankster older brother who preyed on his naivete. At Sunday dinner, as Jones cried in his meatloaf over the sorry state of his love life, big brother would transmit odious bits of advice about small ties being an optical illusion that would make him appear taller. Or he’d mention seeing some article in Esquire that suggested tight-fitting pastel dress pants and rumpled shirts were the counter-culture sex appeal craze in the over-sized 80s. A more sensitive brother would have gently suggested the suite in mother’s basement, the game-show-host/porn-star fashion motif, and child molester vibe were off-putting to women.

With his sorry attire he was courting ridicule and scorn. I’d be happy to oblige. Didn’t he realize he was in a private school full of rich, preppy, judgemental kids wearing Polo and Lacoste? I was no fashion maven, but I had the wherewithal to avoid Zellers when choosing my wardrobe. Such incompetence struck me as highly suspect. This boob was going to teach me anything useful? As it would do repeatedly throughout my life, history would, in this case, make a total mockery of such a shallow assessment. Jones’ sorry ensemble was the standard dress code of every dot-com billionaire to later emerge. I should have been trying to bottle that dufus energy, and run with it. I’m convinced the reason I’m about a billion dollars short of being a billionaire is because I wasn’t dweeb enough.

The first time I spied Jones I quipped ‘what’s with this guy’s get-up, does he not own a fucking mirror’? Other kids implored me to leave it alone. Apparently Bilbo Baggins had a temper that was inversely proportional to his stature. Hell hath no fury like a nerd with short-man syndrome. But it wasn’t physical torment the kids dreaded. He was one of those jerk teachers who would punish the entire class if one student was out of line. Everybody wanted to avoid a ‘pop’ quiz, which ended up happening every day because of the statistical impossibility of twenty-three teenaged boys being well-behaved.

Early on in the year, I was singled out by Jones for one of many demonstrations of incompetence at programming. ‘What a total moron Saunders is, hey class! Everybody, look at the loser who can’t even do simple programming! Nyuck nyuck nyuck!’ It was my first experience of the way small, goofy men go about mocking the alleged stupidity of brawny mesomorphs. I didn’t like it. It was bad enough I was the only black kid in the school, but now I was a nerd being lampooned by another nerd. I didn’t need Mickey Rooney adding to my feelings of alienation. The nerd-war was on. It was a battle between an emerging breed of nerd – the computer geek – and the traditional aesthete-nerd, made up of band geeks, theatre divas, and artsy-fartsies like me. Bring it, Amiga-man.

The next day, I shortened my tie and pulled up my pants above my ankles. I made mocking jokes when my schoolmates were ignorant as I quizzed them on a litany of arcane facts, which were locked into my photographic memory after trolling through encyclopedias as a kid. I wondered if anyone would catch on to the parody. They did.

I wasn’t the only idiot who couldn’t program a “welcome” message in BASIC and had been publicly shamed by Jones. It was a small act of subversion but it was sufficient to ignite the wrath of a bunch of pissed off pituitary cases. I was the chunk of coal that stoked the fire of the white boy rebellion. By the end of the day, it seemed half the school suddenly had a case of shrunken ties. Even the senior students took a day off from shit-kicking their underlings in the lower grades to take part in the gag. I had set off a broad new trend.