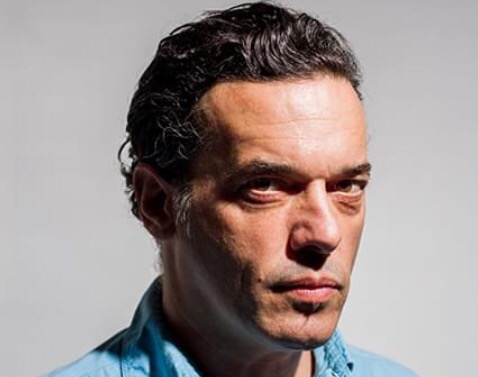 The public assault on Joseph Boyden earlier this year was as mystifying as it was senseless and infuriating. Out of nowhere, Canadians were witness to a relentless campaign to tarnish a man’s reputation and douse a career focused on telling the stories of Canada’s indigenous people. Boyden is a highly acclaimed Canadian writer of fiction novels whose protagonists are indigenous. His works have been nominated for, or have won, several prestigious literary awards and garnered him widespread notoriety, a spotlight he has used to advocate for indigenous rights in Canada.

Some prominent advocates from the indigenous community took issue with Boyden’s profile. Their beef seems rooted in the fact he is not one hundred percent indigenous and, as such, he is being disingenuous or misleading in his advocacy. This line of criticism implies the urgency by which he articulates indigenous injustices is intended to fuel the impression he has personally experienced them first hand.

The suggestion is that Boyden take a more reserved stance in calling out Canada’s wrong-doing; that he refuse the platform granted him in respect of such issues to leave the earnest appeals for fully indigenous people – even though they have not received the platform they deserve to do so. It is a well-taken concern but absurd given the realities about Canada’s legacy of denial about its dreadful history of colonialism with respect to indigenous peoples. Whomever gets a platform to dispel the ignorance about such issues would be a fool not to take it.

I can imagine a similar line of recrimination is silently directed at Gord Downie of iconic Canadian rock band The Tragically Hip. He is as blue-blooded a white guy as it gets, and has also become a vocal champion of indigenous rights. It is perhaps unfortunate that indigenous people who have personally suffered the ill-effects of Canada’s cultural genocide are not household names like Downie or Boyden who work hard to remove the blinders of their countrymen to our collective crimes. At the same time, and it pains me to say this, it cannot be denied that white folks, or any dominant group for that matter, are more inclined to take it to heart when a prominent one of their own kind stands up and says “we should be ashamed.”

Certainly, experiential voices are more authentic in depicting the horrible psychic toll of systemic racism, but when you are fighting to shift the culturally ingrained view of the majority, the most persuasive voices are those who speak the language of the oppressor. White folks are no different than any other folk: they are not easily swayed by the wagging fingers of a different creed. It is a sad but true facet of human nature to dismiss the remonstrations of “others” with an axe to grind, to discount the legitimacy of the grievances as a ploy of identity politics.

Among those not driven by professional jealousy, it is obvious Boyden uses his profile to speak truth as it has been conveyed to him – or as his research has uncovered – about the plight of indigenous people and to transmit those experiences to a broad audience. It is an specious leap in logic to infer this betrays an intention to steal the spotlight away from indigenous voices engaged in the fight, nor to claim their persecution as his own. While it is true, a full-fledged indigenous person would offer a more compelling testament to the perils of indigenous identity, it is also true the audiences of white folk assembled to hear them would be much smaller than that which Boyden or Downie can command. That is why they lend their voices to the fight – they have a bigger stage.

Boyden always maintained he is of mostly Celtic blood with indigenous ancestry somewhere in his family tree. In Canada, the English tried to exterminate this country’s indigenous people. For most of our history, people who could pass for white were not waving flags to show pride in their mixed indigenous ancestry. Boyden’s story of a covered-up, indigenous heritage is a common story in Canada. My lost heritage is of a similar bent, though the broken lineage is that of black American.

At an early age, when Boyden discovered his own indigenous ancestry, instead of hiding it he embraced it. He’s made a career and become a public figure thanks to that early embrace. Other than Boyden’s notoriety, this is a fairly pedestrian reality in Canada; a country teeming with emigrés and exiles from all corners of the globe who’ve been mixing it up, often in scandalous contravention of the times, for eons.

It seems for a small faction of resentful figures Boyden’s success and notoriety was a pill too bitter to swallow given their work for the cause. So they called him a fraud, a poser, accused him of shape-shifting in a head-dress for publicity and financial gain. The insinuation is that his success has come at the expense of a real indigenous person’s success. It is compete lunacy to make such a claim, especially in light of Canada’s history in this regard. Those responsible for stirring this pot seem like a petty lot; their ire directed at Boyden because he gets to go to all the good parties than anything else. It was a sad, pointless row; one clearly rooted in professional resentment.

I am glad Boyden has decided to respond in his own words, and I hope it puts an end to the shenanigans to sandbag him. I also hope the sordid affair has done nothing to discourage Boyden from avidly pursuing his next project, and the other projects delving into the lives of the indigenous subjects he has in store for us down the road. I and countless others anxiously await these for years to come.

On that point, I do wish Boyden would stop being such a do-gooder for indigenous causes and stick exclusively to writing his extraordinary books so we wouldn’t have to wait as long between each project. His books have been responsible, in my own case, for helping to identify with indigenous voices because I lack any other way of doing so. I have no indigenous blood, nor do I have close friends or family who are indigenous. It is really sad and so utterly common. I grew up in affluent white neighbourhoods and had no way of understanding what life through their eyes would have been like.

Narratives, be they biographical or fictional, that prominently feature the voices of marginalized identities are a compelling way to invite readers from the dominant group to see first hand how life is experienced from a less privileged vantage point. Such stories more deftly hold up a mirror to those in the dominant group; the identification with a marginalized protagonist makes it far more difficult to deny their humanity in our real lives, to dismiss or ignore their grievances. These stories enter our consciousness through fictional characters and they continue to resonate when we are confronted with these issues in the news. We can no longer see the issue in the same ignorant light.

As a mode of throwing the moral depravity of oppressors back in their face, a story humanises the oppressed and makes it more difficult for the reader to walk away from that encounter and still repudiate their existence. You read a story about a homeless man and it becomes impossible to breeze past them as you take a break at work the next day. It is a far more effective way of getting people to recognize the many wrongs we are abetting with indifference than is the tack of using public admonishments or shaming to stir our moral compass into proper alignment.

Accusations and blame, even if deserved, rarely provoke the intended effect of opening consciousness among the dominant group because the mode of discourse, that of polemic, is too hard for most egos to bear. The guilt or animosity triggered by the condemnation hardens a mind, puts it on the defensive, and for that reason is a less effective way to change the view about certain pernicious social realities.

This is the real power of fiction and other narrative accounts, especially where the subject is the marginalized, forgotten, or disenfranchised in a society. Having readers living the lives of a well-crafted, disenfranchised protagonist allows them to experience the pain and suffering of another human being whose tragic experiences are difficult to imagine. That their marginalized existence is a by-product of structures in our society becomes evident, and is undeniable, as we see them come crashing down upon a novel’s protagonist.

If done well, and done right, stories are the truest way to identify with those who do not share our identity. Stories come at us aimed straight at our hearts, bypassing our intellect. The tragedies or injustices in the lives they depict are less apt to be easily dismissed. They will resonate. Boyden’s stories and characters centre on the issues and lives of this country’s indigenous people, and they have resonated.

As a colonizer there is no better way for me to know what the indigenous fight is about than to read their stories so I can truly understand on a fundamental level that it isn’t just a political issue, it is a real battle for a way of life. It is about their human rights.

I have a better sense of what the indigenous way of life is, the unique challenges that only disenfranchisement invites. Certainly there are other voices, other stories, and other storytellers that can illuminate these same issues – Boyden never claimed to be the lone voice for the community. Those eager to attack his character made that claim on his behalf; perhaps those among the colonizers appointed him as a spokesperson. That is what we do. We love our caricatures, our reductions.

The blame for that does not lie with Boyden. If there was concern that Boyden’s profile was monopolizing the dialogue the effort should have instead been aimed at pointing us to other stories and left at that. I would have greatly accepted the gift. When they attacked Boyden, a fierce advocate for indigenous issues, I stopped listening and lost plenty of respect for those who otherwise advocate for a just cause. They need to focus on what they legitimately seek and leave ego-centric personal grievances out of the public domain because it has not served they or the community for whom they advocate well at all.